Get fresh music recommendations delivered to your inbox every Friday.

from Blackbirds by Alex Hickey 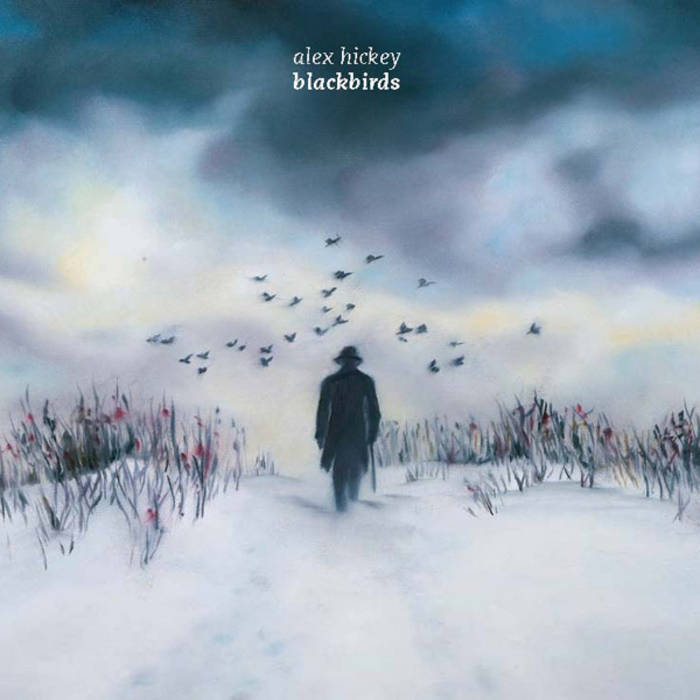 (Spoiler alert—I recommend reading this description after listening to the song for the first time.) For many years, the artist John Neville had a gallery in Hall’s Harbour, NS, just down the coast from my grandmother’s summer cottage in Harbourville. Almost 20 years ago, I went to the gallery and saw a print entitled So, I Burned the Bitch. The image and story caught my imagination and begged for years to be re-told as a song. Finally, I wrote The Minnie Pearl, adhering to the true story which inspired Neville’s print, though I took a few liberties with the details. This song strikes me as sort of an anti-Mary Ellen Carter. It’s for those of us who can relate to the bloody-minded fisherman who ruined himself to haul his boat back up on shore for the second time, just so he could set her on fire.

When I was young, I was full of ambition
I worked and I saved very hard
For the day when I’d have me own boat built
Down to Rhuland’s shipyard

How I slaved, how I sweated and laboured
How frankly, I busted my ass
And finally I had enough put away
That my dreams of a boat came to pass

Fellas, I can’t tell you how proud I felt
When we first slipped the ropes from her bow
If only I’d seen the future, boys
If I had known then, all I know now

Yes, we scarcely were out of the harbour
When my sweet Minnie Pearl did go down
There was nothin’ I could do to save her
Just lucky that I did not drown

Fellas, I can’t tell you how beat I felt
To know that my dreams were in dust
To know that Minnie lay on the sea floor
Succumbing to the currents and rust

Billy and Jim helped me raise her
Not proud now, but full of chagrin
And a couple of months of hard labour
We were ready to launch her again

And fellas, I can’t tell you how tough I felt
On the day when we next set to sea
Fate tried to best me but I had held firm
Or was it just not meant to be?

And indeed, it took longer to raise her
And it took everything that I had
To keep the oath that I’d made in the bar
For better, for worse, for good or for bad

And fellas, I can’t tell you just what I felt
When keeping my oath was in reach
But I didn’t feel proud­—or ambitious—or young
When we hauled Minnie on to the beach

I guess you could call me vindicated
Though broke, you could say I felt rich
When I doused Minnie Pearl with gasoline
And fellas, I burned the bitch.

Alex Hickey is a Nova Scotian songwriter whose songs walk a delicate line between cynicism and a passionate love for the world. Clever and poignant, funny, heartbreaking and punch-to-the-guts honest, every CD or live performance should come with a packet of tissues. ... more

Bandcamp Daily  your guide to the world of Bandcamp